10 Lots to Watch in the Autumn Fine Sale 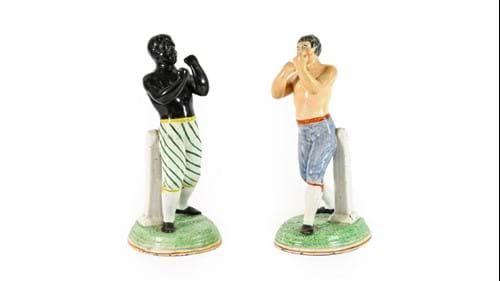 A Pair of Staffordshire Pottery Figures of Tom Cribb and Tom Molyneux, circa 1815, each modelled bare-chested with fists raised, standing beside a post, on oval grassy mound bases, 23.5cm high 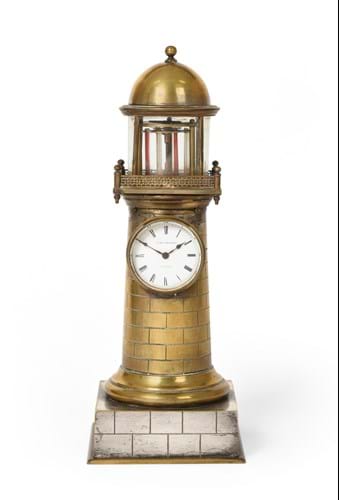 An Early Victorian Mahogany Telescopic-Action D-End Dining Table, circa 1850, the moulded top with five original leaves above a plain frieze, on twelve turned and carved supports with brass capped toes and castors, 496cm extended by 200cm by 74cm 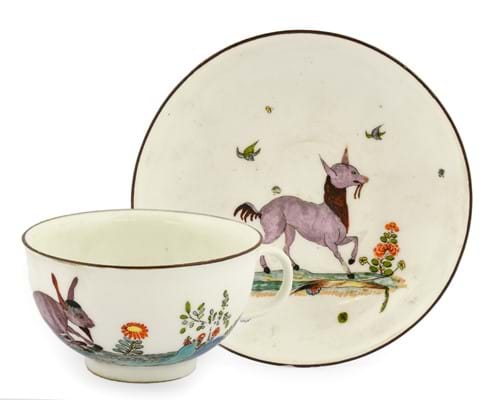 A Meissen Porcelain "Fabeltiere" Teacup and Saucer, circa 1740, painted in the manner of Adam Friedrich von Löwenfinck, each painted with a fantastical animal in landscape within brown line rims, crossed swords marks in underglaze blue. From the Collection of Mrs Hoff of Hoff Antiques, Kensington High Street, London 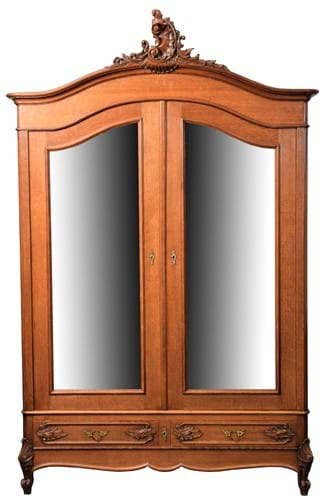 A Late 19th Century French Oak Six Piece Bedroom Suite, comprising
double-door mirrored armoire with canopy top, the base with two drawers above a shaped apron and on cabriole forelegs, 149cm by 58cm by 245cm
a smaller single-door armoire, 100cm by 50cm by 245cm
a marble-top dressing chest with gallery back above two short and three long graduated drawers, 116cm by 50cm by 209cm
a 4'6" bedstead with moulded frame and panels, the headboard surmounted by a C scroll shell
a pair of marble-top bedside cupboards with single drawers and moulded cupboard doors on cabriole legs, 43cm by 42cm by 83cm 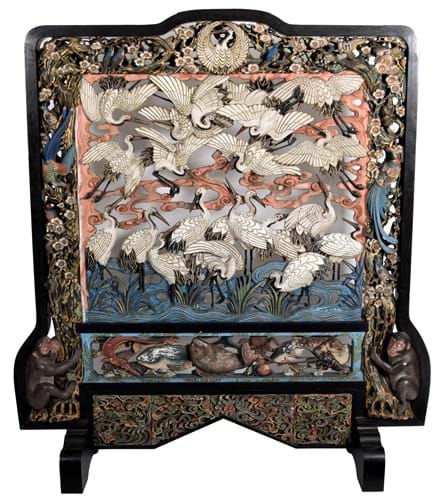 An Early 20th Century Monumental Carved Wood and Polychrome Decorated Screen, the ebonised hardwood frame enclosing a foliate border with pierced and trailing base and surrounding a landscape of storks, the base decorated with fish and flanked by two monkeys, 160cm by 51cm by 190cm 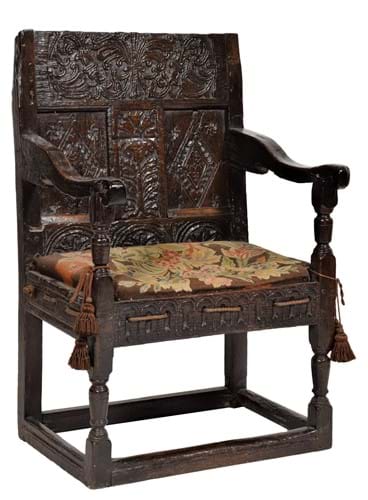 A 16th Century Joined Oak Open Armchair, the back support with lozenge carved panels and downswept arms, a floral squab cushion above a nulled seat rail, on turned forelegs joined by a peripheral stretcher, 58cm by 40cm by 89cm

Have a Very Merry Christmas