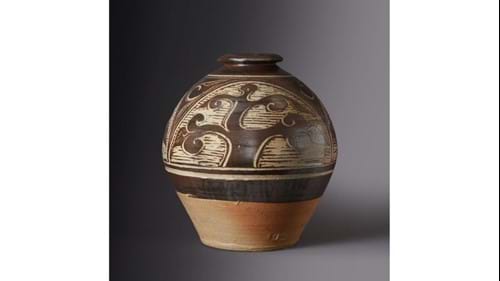 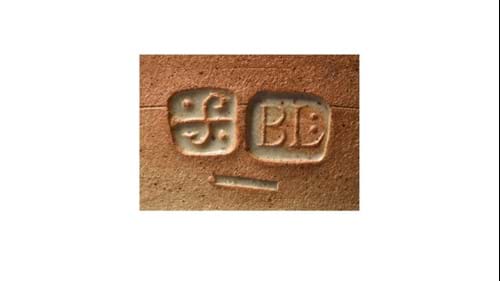 This is an exceptional piece of pottery, and the most famous design that Leach made with other examples held in major museum collections. This vase has clear crisp imprinted makers’ marks and comes with great provenance. 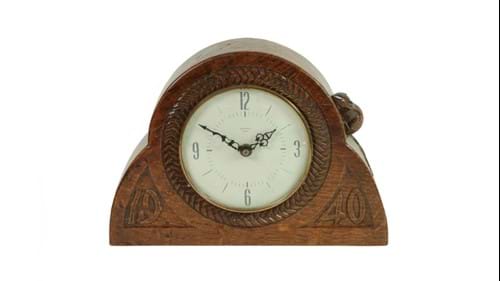 Mouseman clocks rarely come up at auction, and this is a particularly nice example with good provenance. It was made for the vendor’s mother at birth, who was from the Thirsk area, close to the Mouseman workshop at Kilburn. 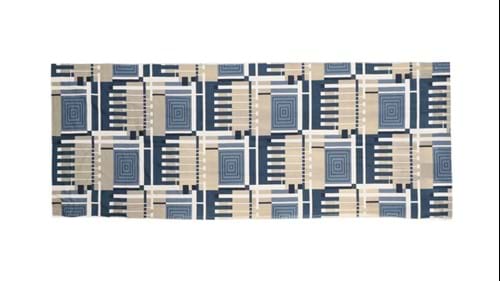 This length of fabric was designed by Frank Lloyd-Wright, one of the leading figures of 20th century architecture and design. The strong, clean pattern reflects the intersecting verticals and horizontals of his iconic buildings. 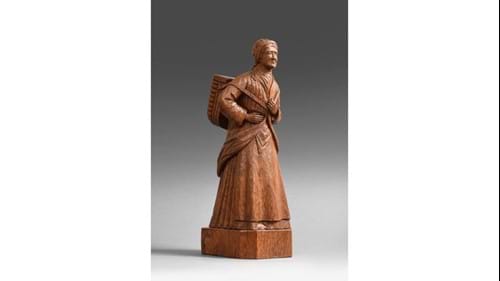 The Wooden Dolly is a copy of the large-scale version made by the Mouseman workshop in 1958 of a fishwife carrying a basket that sits on Liddell Street, North Shields; it is one of a series of such carvings that has been on the same site for over 200 years, inspired by an old ship’s figurehead erected by shipowner and brewer Alexander Bartleman, to celebrate the town’s maritime heritage. It is the first example of this rare carving that has been sold at Tennants. 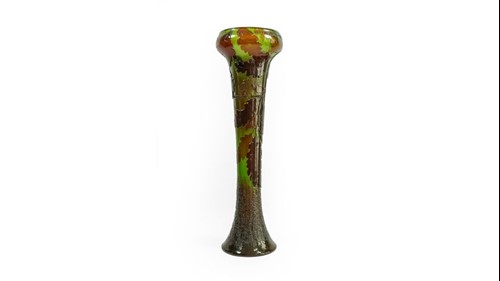 An impressively sized vase, which comes with provenance from an important sale at Sotheby’s. A similar vase was once in the collection of Elton John, which was sold at auction in 1988. 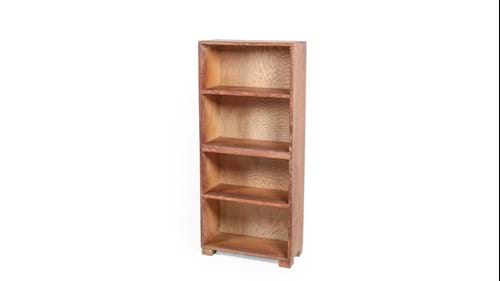 A practical piece of furniture, simply but beautifully constructed in oak. It is a good, affordable piece too, and is sold along with two other bookcases in the lot. 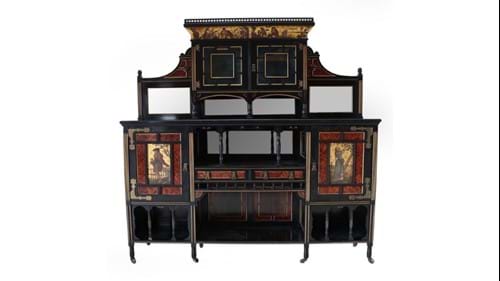 This cabinet is fabulous quality and epitomises the English Aesthetic Movement. It is painted with depictions of Spring and Autumn. 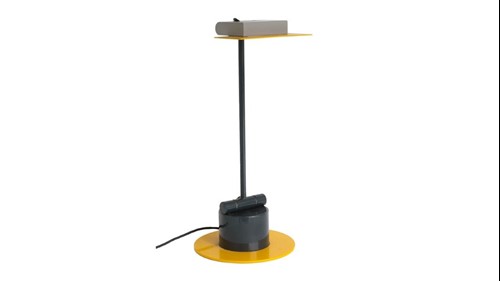 A great piece of Italian 20th Century design, this lamp would fit perfectly into modern interiors. 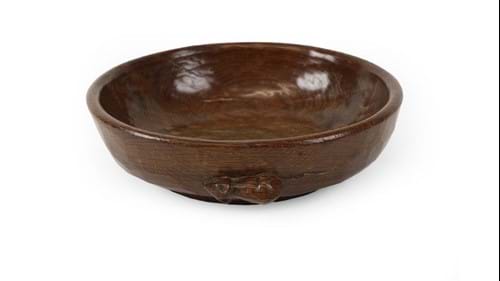 Bowls are a great starting point for anyone looking to begin collection Mouseman or looking for just one piece for a home being easy to display. This is a particularly lovely example. 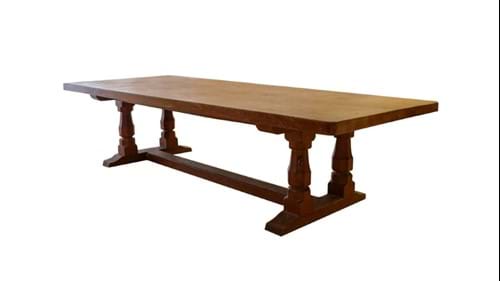 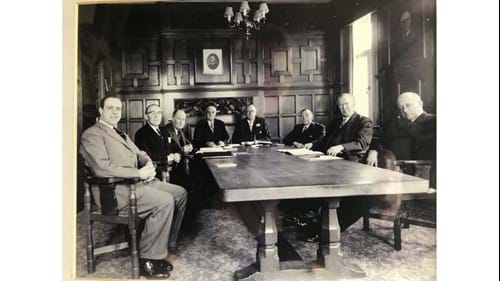 Mouseman tables are such practical pieces of furniture, although this impressive 10ft example would need a rather large house! It comes with great provenance, having been made for the boardroom at John Smith’s Brewery at Tadcaster, North Yorkshire. 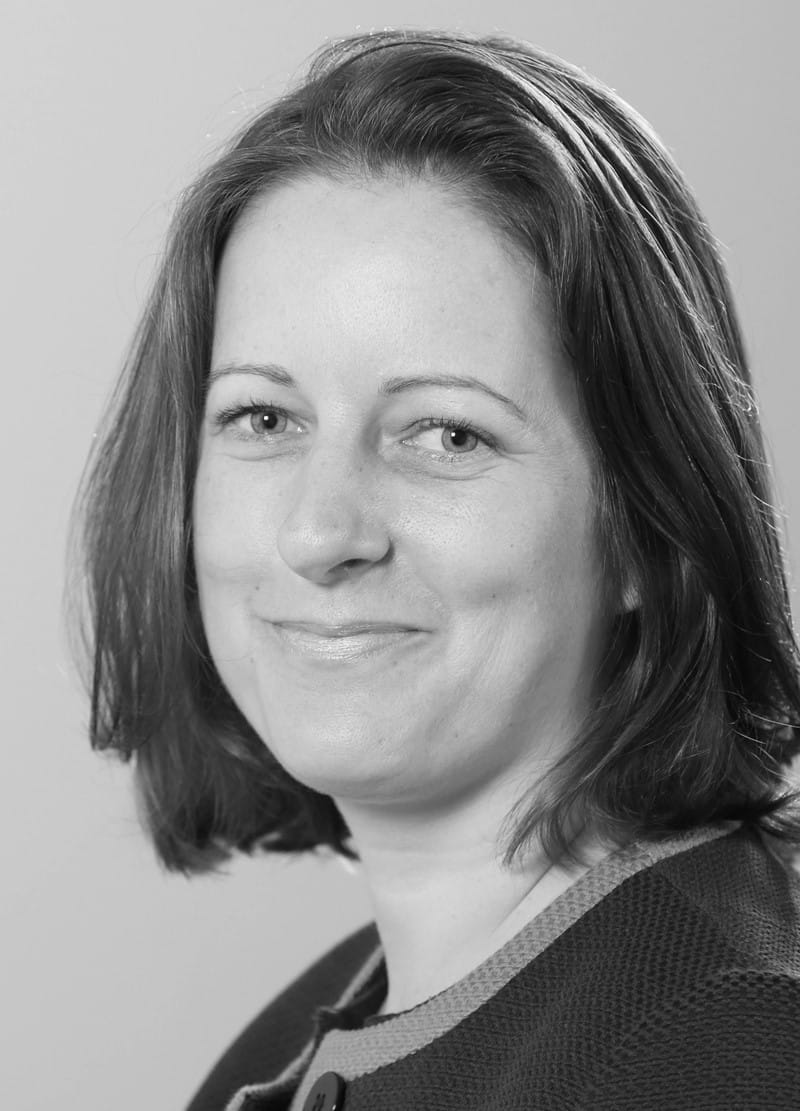